University Students Studying How to Overthrow the State

If you feel that the allegory tract, "Fat Cats", is farfetched, consider this: An email from the American Family Association just reported that: “Washington and Lee University in Virginia came under fire after it was discovered that the school was offering to students a course on ‘How to overthrow the state.’"

According to Fox News the course encouraged the students to consider ways, as the supposed head of ‘a popular revolutionary movement,’ to overthrow the government and ‘forge a better society.’

Description: Juan joins a communist revolution,
thinking it will bring peace.
But he learns only Jesus can do that.

AFA also reported that: “A confederation of radical leftist groups held a Zoom meeting to discuss ways to foment ‘mass public unrest’ should the November elections not produce a clear presidential winner.”

It is amazing how Jack Chick saw this possibility in the 1990s. It was happening in the Latin American countries and he based the story line of "Fat Cats" in that culture. Now we see it come home to America.

For soul winners, what shall we do?

First, we need to recognize that, just as in "Fat Cats", it means persecution. But execution is only part of the picture of persecution. We may not see the present government squeezing of churches and threats of jail for pastors as persecution, but it always starts little by little.

Given the world-wide growth of Marxism in the drive toward anti-Christian globalism, more severe persecution of Christians cannot be far behind if America’s umbrella of freedom is lifted.

Many of the current issues are spoken to in the "Fat Cats" tract:

Some might question the inclusion of the Jesuit priest in the storyline of "Fat Cats". However, careful review of the Vatican's position on socialism and globalism demonstrates their buy-in.

While there is considerable debate about how strongly Pope Francis believes in and promotes socialism, history leaves no doubt that the Vatican has always worked to dominate the civil society and align itself with the current popular political movements.

And the Jesuits have always been the foot soldiers.

SECRET HISTORY OF THE JESUITS is an older book but describes in detail Jesuit and Vatican machinations during and right after World War II. It is a glimpse into their centuries-long history dedicated to direct attack on the true church as well as subtle subversion of God’s words.

Nothing has changed except their method.

For centuries Rome torched true Christians at the stake and burned all the Bibles that were not tainted with Roman Catholic-slanted text. Today, on the surface they have morphed into “just another denomination.” But their basic doctrines of wafer worship, Mariolatry, and priestcraft are not changed.

For any questions about the priest’s role in "Fat Cats", the book SECRET HISTORY OF THE JESUITS and the Crusader Comic, JESUITS, provide a frame of reference for a discussion of the subject. 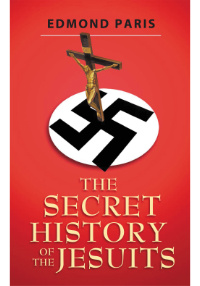 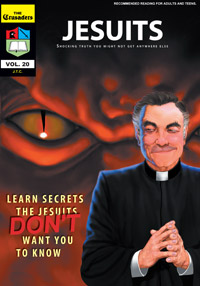 The Jesuits... like so many things in this world, they are not what they appear to be.

Chick Publications is reprinting some of the older titles that have come into relevance with the changing times. "Fat Cats", Plagues, and Poor Revolutionist are again available because of the changing culture.

Other Articles from November/December 2020:

More on Other Subjects: